Showing posts from October, 2020
Show all

Please join us for Collaboration Conversations

Ramblings from the chrysalis: Transform your impact and income through collaboration 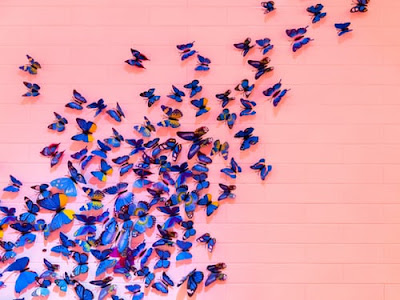 One of my favorite mentors likes to say: “Words don't teach but stories do,” so may I share a story with you? Once upon a time there were 3 little brothers. An older brother, a middle brother and a baby brother. ...Stop me if you have heard this one before. They grew up as kids often do, and as teenagers really gave their old father a lot of stress with their shenanigans. Their old father thought to himself that perhaps the solution to all his problems was to figure out career paths for his beloved sons and send them off to school. The eldest son, wanting to be like his father, went off to Germany to study engineering. He became a successful, sought after civil engineer, managing engineering projects for a large local city.   The middle son who had a great talent for drawing went to architecture school, he went on to work for a large architecture firm in the capital and was well respected by all. And of course the baby: who if you have been keeping track, was not such a baby anymor
Post a Comment
Read more
More posts

Already A Member/Want To Join